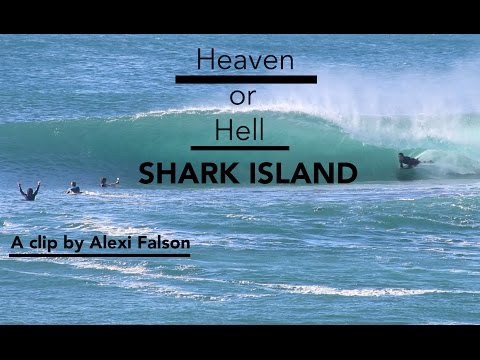 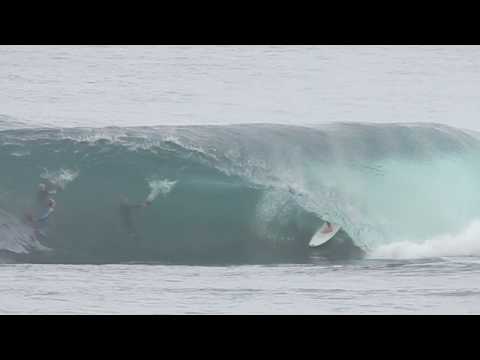 One of the true blue ribbon bodyboarding spots on the planet and home break to some of the best riders in Australia. Shark Island has been ridden in the past with varying levels of success by short boarders, the occasional suicidal longboarder that just broke up with his girlfriend and tow-in nutters various.

Shark Island is not difficult to reach from the shore which adds to the mirth factor as inexperienced riders are easily able to paddle into what is effectively 12-foot surf without getting their hair wet. Mirth and mayhem are the order of the day however as said riders are ruthlessly dissected on the cungie encrusted reef.

Be wary of this spot on anything less than a mid to rising tide. A bomb set on a falling tide may seem appealing on takeoff but is likely to result in some form of instadeath scenario. If you end up on one such wave, keep a very high line. If you wipeout, keep your hands in front of your face; the reef is a lot closer than you think!

The best winds for Shark Island (Sydney) are west. The best swell direction is from the Southeast. Air and sea temperature for surfing at Shark Island (Sydney)

The air and sea temperatures at Shark Island (Sydney) surf spot are listed below on average over a 12 month period. See our recommendations on what to wear.

Other Surf Spots Nearby

There are 11 other surf spots near Shark Island (Sydney). Discover them below:

Or continue with email